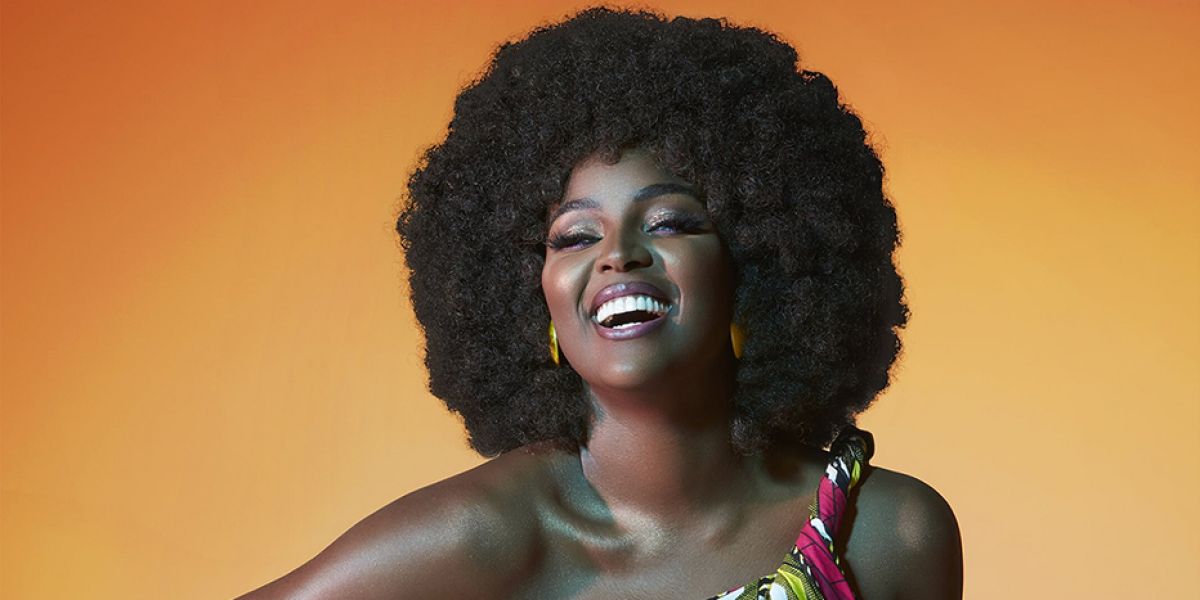 Amara La Negra: The Reason Why It Is Important To Promote Self Validation

2017 has been a year of harvest. I loved and was proud of Rai-Elle’s talent and look. Watching her on X-Factor felt warm and satisfying because seeing a young woman like her on the telly does not just happen.  It’s the fruit of tireless efforts and work around one main idea: normalising black features, in a society where, for a long time, one had to “tame” ones African phenotypes to fit in the “civilised western world”.

It is part of a whole, connecting people and ventures like Sandra Brown-Pinnock, a black woman who opened two “Xsandy’s hair and cosmetics” catering to the needs of other black women, or the consortium “Hair Care Revolution”, which provides support for entrepreneurs interested in the Afro hair care business. Watching Rai-Elle, I felt part of this process as 2018 marks Afrocks second year in business!  2018 is all about sowing, projecting and hope!

And then, in the middle of my epiphany came the whole Amara la Negra’s controversy. I was properly annoyed. For those who are not interested in reality TV, Amara la Negra is a singer from the “Love and Hip Hop Miami” show. Amara is stunningly beautiful with curves and hair like Pam Grier in foxy Brown. She identifies as Afro Latina and is very proud of her Dominican roots and dark skin, so far, so good. However, during a studio session with the producer “Young Hollywood”, the later told Amara that in order to succeed, she needed to get rid of her Afro and look more like Beyoncé. I went off!!!

On one hand, these antiquated comments coming from a YOUNG Latino were triggering. Not only was he reinforcing all of the prejudiced ideas that I thought we were overcoming but he also manifested the issue of colourism within the Latino community. Indeed, “Mejorar la raza” is a very prevalent concept in the Dominican community, which is currently culminating in the mass deportation of Dominicans of Haitian descent.

On the other hand, I was not the only one fuming! Young Hollywood was “read for filth”. Thanks to “Black Twitter”, Amara La Negra was defended, praised, and propelled to celebrity status overnight. I was amazed by the wit and efficiency of these black voices and was grateful for this incident which, scripted or not, produced a serious conversation. I am often disheartened by people who are quick to call me “too sensitive” when I point out the constant micro aggression that black women and men face on a daily bases. Having footage of these heinous words is a proof that we are not collectively growing out of our minds. Nevertheless, we still need to be careful in our censure.

“Afrocks has recently been accused of racism because of our ideas on black aesthetics and the importance of male voices in the natural hair conversation. How is a business focused on valorising traditionally disenfranchised bodies racist?”

Many people took this opportunity to bash Beyoncé, or Rihanna’s looks, which for a long time were the only standard of beauty that black women could aspire to and I found this disturbing. It is high time to stop these exclusive conceptions of beauty. Women of African descent come in all sizes shapes and shades and whilst being exasperated with these long hair light skinned standards is totally understandable, let us not fall into the other extreme. Exclusion and division have been used to undermine our power and impact as a community. It would be ludicrous to use them against ourselves. Celebrating the beauty of dark complexions does not have to be an anti-light skin party. When we stick up for ourselves, let’s not bring down our own in the same breath. Dark skinned girls are beautiful, so are light skinned ones.

For 2018, I hope that we could stop with that “either or” state of mind.  Afrocks has recently been accused of racism because of our ideas on black aesthetics and the importance of male voices in the natural hair conversation. How is a business focused on valorising traditionally disenfranchised bodies racist? I see these critics as proof that the shift is really happening. Again, people of African descent are no longer at the margin, trying to fit in a society that was not made for them. Caring for ourselves is a step towards defining our own standards and living by them. We see ourselves as worthy and able to contribute to this society just as we are, as equals. This lifestyle can be misunderstood thus intimidating, but this is not our problem. Let’s press on, unapologetically together. Happy new year!

Hi I’m Nathalie, I am a nerdy mother of two, in need of a nap. With my PhD focused on gender equality in Rastafari, I am into black women representations in mass Medias. Chief Content at Afrocks.