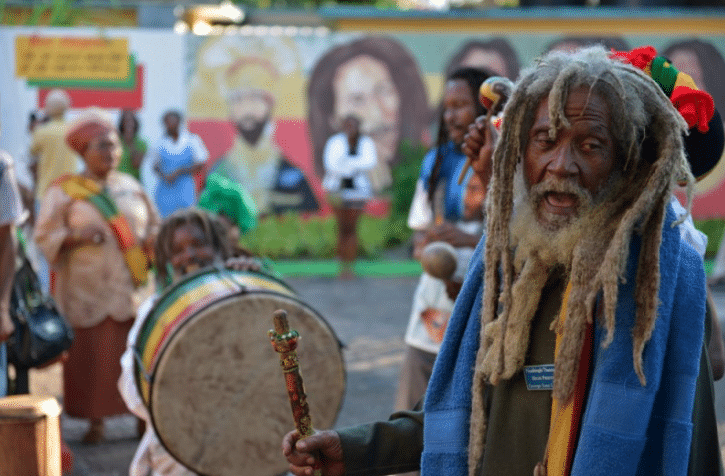 Dreads vs Locs: The Difference Between Dreadlocks And Locs, History of Rasta and Dreadlocks

“Dreadlocks? There is nothing dreadful about my hair!” I have heard this expression and read some interesting posts on Tumblr about the use of the word “dreadlocks” to describe the ropelike matted hairstyle popularised by Bob Marley in the ’70s. Because I was born and raised in the Caribbean in the ’90s, I could understand the very valid point made by these locticians and afrocentric activists about using language to elevate and not denigrate ourselves, but the country girl in me had some reservations and if you have time I’ll tell you why you will never have dreadlocks and if you do, why it is, on the contrary, a wonderful and powerful ting.

I have referred to my age and my Caribbean roots because in the ’90s Rastafari was still very influential in Caribbean culture at large. In rural Martinique, if you were not Rastafarian, you did not have locs, you had a perm…period. The hairstyle was demonised and anyone wearing dreadlocks was suspicious, a potential thief, definitely a drug addict whose mother was fervently praying for his deliverance. I use masculine pronouns here because for a long time, in Martinique, Rastafari was mostly a male affair. They had spouses and partners but the Rastawoman was rare. These men had dreadlocks and had to suffer the prejudice of the population on a daily basis. They were said to be dirty, rural legends placed countless millipedes on their heads and even my ever sceptic grandmother was persuaded that they used good old kanekalon hair to obtain the waist-length locs or bongos. Within this context of ignorance, dreadlocks equated dreadful lifestyle… But as French and Creole speakers we could not tell the difference, could we? Locs/dreadlocks meant that you were a rasta and brought shame to your family as you would be unable to integrate polite society. The following is the historical point that most of us at the time failed to understand.

“With the adoption of matted hair, called dreadlocks, in addition to the already existing beard, they were visually breaking with the Jamaican middle class idea of respectability and appropriateness, erasing all ambiguities about their spiritual and ideological allegiance. The hairstyle was designed to shock, to inspire awe, to represent the “havenots”.” 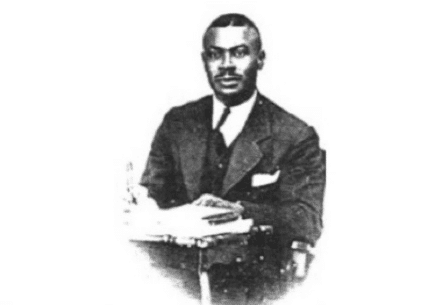 Leonard Howell, the first rasta did not have dreadlocks
Picture credit @CaribJournal

“You don’t haffi dread to be rasta” TRUE! The very first man to call himself a Rastaman, Leonard Howell, did not have dreadlocks, he had a beard. The late Professor Chevannes, Sociologist and authority on Rastafari at the University of West Indies, tells us that in order to signify his departure from the spiritual and social paradigms of colonial Jamaica, Howell decided to wear a beard like H.I.M. Haile Selassie on the cover of the Time magazine of November 1930. He saw in the latter the Messiah for afro descendants and quickly created autonomous communes for the economical, spiritual and social emancipation of Jamaicans. The Pinnacle, as this commune was called, was routinely raided by the police. Howell and his followers were often arrested on flimsical motives creating an atmosphere of fear and defiance within the movement.

The persecutions continued causing Rastafari to become radicalised circa 1949. The Youth Black Faith was not only about the social and spiritual radicalisation of the Rastafari movement, but their reforms were also targeting the physical expression of the new faith and ideology. With the adoption of matted hair, called dreadlocks, in addition to the already existing beard, they were visually breaking with the Jamaican middle-class idea of respectability and appropriateness, erasing all ambiguities about their spiritual and ideological allegiance. The hairstyle was designed to shock, to inspire awe, to represent the “havenots” and it worked. With the Green Gold and Red flag, this look and ideas spread throughout the Caribbean and were met with scorn and fear, which is understandable. Matted, “unkept” hair, which can be regarded as the nature of the dreadlocks or even locs, is frowned upon, no matter the culture.

For instance, in Nigeria, among the Yoruba and Ibo people, a grown man with locs is to be feared. In the article In Nigeria, dreadlocks are entangled with beliefs about danger, Aguele tells us that matted hair is synonymous with madness and that madness should be beaten out of you. He links the current Nigerian animosity towards men wearing locs to the deeply rooted beliefs that “Dada hair” is a connection to the spiritual world, the unknown. Children born with knotted hair are believed to be incarnations of Dada, a Yoruba Orisha, and are revered until they get a ceremonial haircut, officially instating them as respectable and normal members of their community (Aguele, 2019).

It is fascinating to see how this West African tradition echoes with the intent of Rastafari. They claimed this fear, this notion of danger. They wanted to be dangerous, not towards normal people but to the colonial authorities. In my imagination, a Rastafari could be a Dada child who refused to cut his hair, refused to conform to an oppressive structured to the detriment of his people and fought hard with his powers to establish a new and fairer society all over the Black Atlantic… but I digress. To the Rastaman, the dread, in dreadlocks is not self-deprecating, but a celebration of one’s freedom. They were the representation of their spiritual powers to be used against the colonial authorities and institution oppressing them: Babylon.

At that time, you did not wear dreadlocks to be cute or have long hair… You wore dreadlocks because you were defiant, you believed that HIM Haile Selassie was God, you believed that all Afrodescendants should be repatriated to an African country with reparations. Your hair encapsulated this power granted by this new system of beliefs and you were a force to be reckoned with, you inspire dread to Babylon. You had dreadlocks, you were dangerous and in danger.

“Wearing dreadlocks was risking your life  to defend your Panafrican ideology.”

After the groundation of 1958, where all the Rastafari elders and followers met to demand repatriation, the relations with the police, which were not brilliant, became worse. Empress Rachel, one of the first women to have joined the Bobo Shanti House of Rastafari in the 1960’s, tells us that if you had dreadlocks in the 60’s, you ran the risk to be beaten, arrested, humiliated and shaved by the police, your house and yard could be raided and burned or you could just “disappear”. Wearing dreadlocks was risking your life to defend your Panafrican ideology. The situation became so dire that the government ordered a report on the subject from the University of the West Indies to attempt to understand the Rastafari movement and livity better. Sir Roy Augier, professors Rex Nettleford and MG Smith, the authors of said report, debunked many misconceptions about Rastafari. This effort greatly contributed to appease collective hysteria about Rastafari and by extension secularised the hairstyle. That is the reason why I argue that you can always have locs, but not necessarily dreadlocks.

In fact, even though most Rastaman and Rastawoman that I know and that I have met do keep their hair clean and have ritualistic grooming routines, their dreadlocks look nothing like the neat well twisted, often coloured locs that you and I rock for fashion. I have recently restarted my locs journey and I am engrossed with them and their evolution. Between, meticulously choosing the correct black-owned products that will give me more hold and moisture without buildups and the frequent re-twisting for the endless zoom meetings (but not too tight because I love my edges) my locs are far from being regarded as a potential threat to civilized society. I am praying for the complete annihilation of COVID 19 for me to get my hair professionally done for crying out loud. All those who chose to be threatened by me under the pretext of my hair should hug themselves.

As much as we need to be confident and supportive of ourselves, we cannot just exist within the willful misconceptions of other people. It is our duty to know ourselves, our history in order to enlight the ignorant and ignore the fools. Though I am too vain to be Rasta, I respect my heritage and Rastafari is a big part of my Caribbeaness. It would be stupid to me to be offended by the term dreadlocks.

To honour  all of these women and men who lost their lives or were persecuted by the police just because they denounced colonial injustice and oppression, I think that we should put some respect in the term.

To recap, If you are not a Rastafarian, there is nothing dreadful about your locs, no matter the neatness or lack thereof. You have locs and that is fine. This indicates that having natural afro hair is no longer radical and this is progress. However “dreadlocks” should be regarded as a powerful word. It has been and still is a symbol of empowerment and “wokeness” before the term “woke” was ever trending. To honour all of these women and men who lost their lives or were persecuted by the police just because they denounced colonial injustice and oppression, I think that we should put some respect in the term. This was a succinct post that I’ve tried to focus on hair, which does not do justice to the depth of the Rastafari movement.   I recommend that you speak to an elder or/and consult the mini bibliography below. Remember: friends don’t let friends say “rastas” to refer to the hairstyle… stay woke!

PS: If you want to find the best mobile loctician in London, check out our platform afrocks.com
We have also some amazing blog posts about the best locs salons to visit here and here. Enjoy! 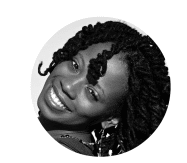 Hi I’m Nathalie, I am a nerdy mother of two, in need of a nap. With my PhD focused on gender equality in Rastafari, I am into black women representations in mass Media. Chief Content at Afrocks.