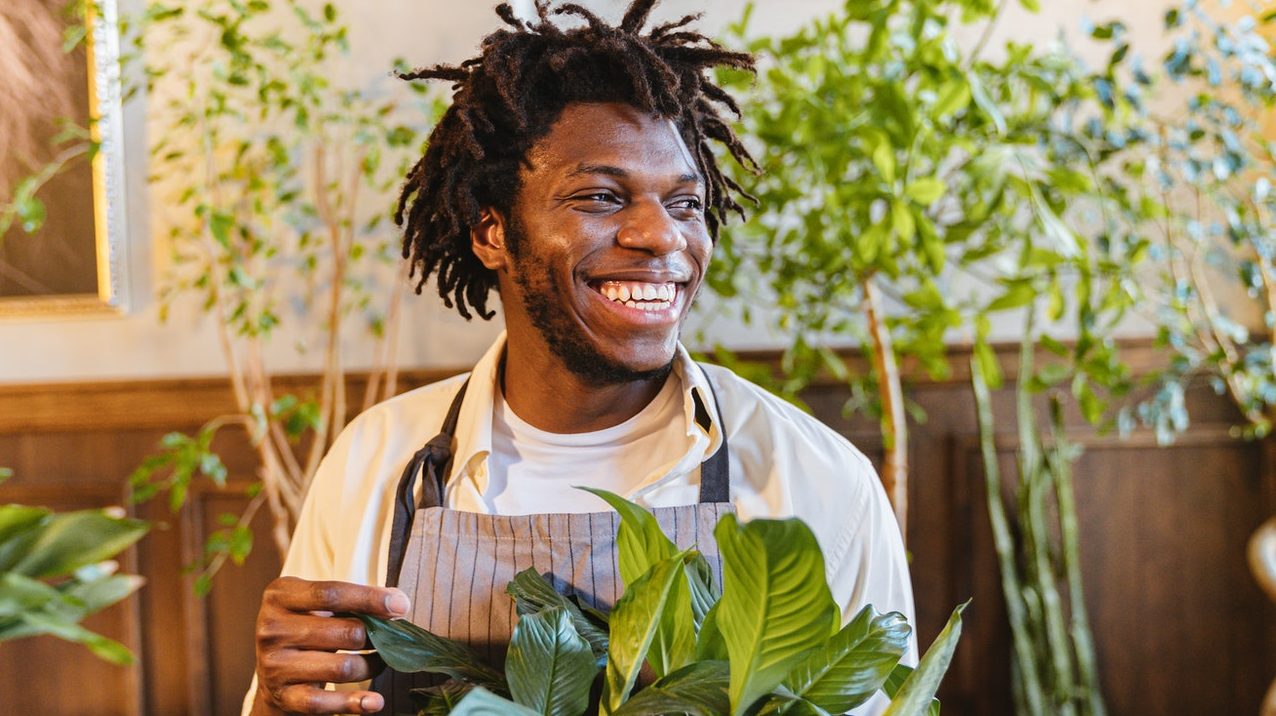 Top 10 Things To Know About Dreadlocks

Dreadlocks have become increasingly popular throughout society, but how much do you know about the hairstyle? When it comes to Locs, most people either know a lot about it or absolutely nothing. Whichever category you fall into, here are 10 fun facts about dreads that you probably didn’t know before.

1. No one is sure about when or where dreads originated from

Think dreadlocks are a new hairstyle? Think again. There’s a huge controversy about where Locs originate from as some believe it can be traced to Egypt since the first archaeological proof was found on Egyptian mummies that were recovered with their dreadlocks intact. However, the earliest written evidence is in what is now India’s Vedic scriptures, which show the deity Shiva wearing the style. While it is hard to specifically state the date locs came into existence as a hairstyle, some researchers claim it originated around 2,500BCE.

You’ve probably wanted your locs to be long but ever wondered who sports the world’s longest dreadlocks? According to various news reports, the world’s longest natural dreadlocks belong to Asha Mandela, a self-proclaimed “Black Rapunzel.” Her dreads were measured by Guinness and found to be 55 feet and 7 inches long! Asha has been growing her locks for more than 25 years and the weight of the hair has resulted in a curved spine as she carries them low on her back. Luckily, she’s happily married to a hairdresser who gives her hair TLC two days a week.

3. The world’s longest dreadlocks on a man measure 5 feet, 3 inches

While this comes nowhere close to Asha Mandela’s dreads, it sure deserves some attention as Guinness World Records has recognised Sudesh Muthu as the man with the longest dreadlocks in the world. This is no mean feat as it took Muthu 23 years to earn that title. Every night, when he goes to sleep, he wraps the locs into a ball and places them in the middle of the bed. While he has no idea how much the hair weighs, he says it is significantly heavier when it’s wet.

One of the advantages of having dreadlocks is the fact that you can wear them just about any way you want them. You can wear the hairstyle up or down, braided together or loose. They can be coloured using henna or traditional methods. Some people give their dreads little to no attention and there’s nothing wrong with that, but some prefer to wash, moisturize and care for their hairstyle daily. This hairstyle allows for versatility and the only limit to which you can go is dependent on your imagination. Once you have a head full of Locs, you will quickly realise the fun that comes with having many options.

5. In Jamaica, Dreadlocks were not originally worn for beauty

Dreadlocks are, perhaps, the most popular style in Jamaica as it was worn during post-emancipation as a means of defiance by ex-slaves to rebel against oppressive colonial authorities and institutions (or Babylon). At that time, dreadlocks were not worn for beauty but to send a message that the wearers believe HIM Haile Selassie was God and that all afro descendants should be repatriated to an African country with reparations. The hairstyle was originally called “dreadful” by the Euro-centric Jamaican society but later evolved to be called Dreadlocks.

6. Dreads and Locks aren’t the same

You probably have thought they were the same, but aren’t. While both words make up the compound word “dreadlocks”, they are different in a matter of expression and perception. Many believe the name ‘dreadlocks’ has a negative connotation due to the painful history of the slave trade, with roots that are derived from Jamaica. Dreadlocks are a hairstyle that found its way into the Jamaican culture through slavery. On the other hand, locs are representative of African and Nubian peoples whose hair locks naturally.

7. Dreadlocks are a popular hairstyle in the Bible

We have mentioned that the origin of dreadlocks can be traced to Egypt and India but did you know that it was a lifestyle encouraged in the Bible? It symbolized a sign of holiness to the Jews and the locs were not to be cut until the days of the vow of separation were over. A popular Bible figure that kept dreadlocks was Samson, and the hairstyle gave him great superhuman strength. Interestingly, Joseph, the father of Jesus was also a Nazarene with long dreadlocks, and so was the John the Baptist. Pretty cool, huh?

Dreadlocks are a really beautiful hairstyle that’s no longer synonymous with only Rastafarian culture. Today, they have become a fashion statement and a favourite of many celebrities. Examples of celebs slaying (or that have slayed) in beautiful locs include Bob Marley, Lil Wayne, Shakira, Lalah Hathaway, Malcolm-Jamal Warner, Chris Johnson, Steve Wonder and many others. While some celebs have stopped wearing dreadlocks, one big-name celebrity that will never cut her dreads off is Whoopi Goldberg.

9. There is more than one way to make dreads

There is a widespread notion that the only way to create dreadlocks is to stop brushing, combing and grooming your hair. This isn’t entirely false as this was the popular choice among men and women back in the 90s. However, there are other ways of creating dreadlocks and one of them is the freeform method which involves letting the hair naturally form locks. There are many other methods you can explore and these techniques are collectively called ‘salon methods.’

10. You don’t have to shave your head when you don’t want your Locs anymore

You don’t have to shave your head if you don’t want your locs anymore as you can simply comb them out. All you need is to cut some inches off, saturate the locs in a good detangling conditioner and then comb with a rat tail comb. If you need further help, just go to YouTube and type in “combing out dreadlocks.” Alternatively, you can also pay for it to be done at the salon but it is costly.